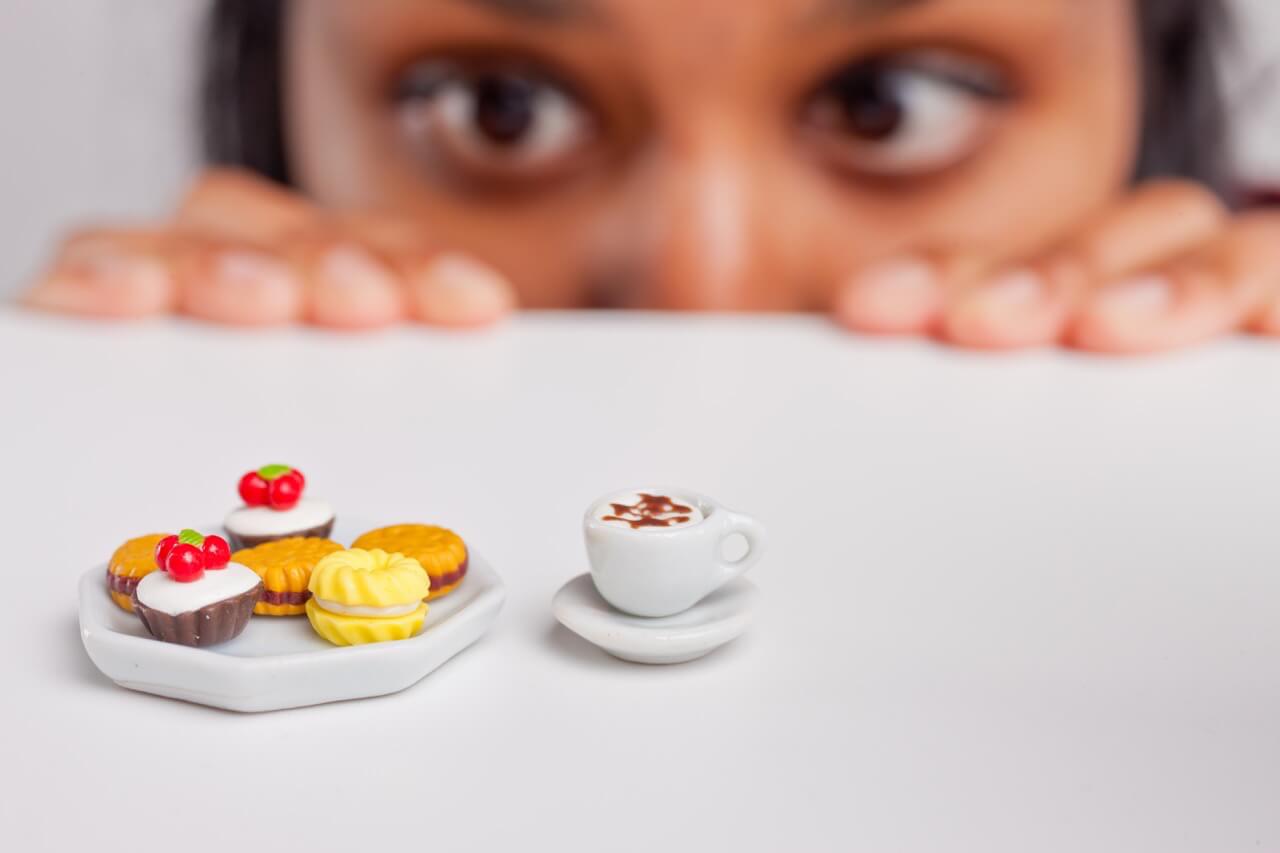 For those who want to know exactly how aspartame (and other artificial sweeteners) damage our bodies, here’s a good article by Dr H J Roberts, well respected medical researcher and scientist.

Scary stuff, but hopefully it will get people to understand and spread the word (especially to friends and family buying anything they think is low fat/diet foods which are stuffed with artificial sweeteners).

If you or anyone you love suffers unexplained symptoms or chronic illness, take a look at whether there are any sources in the diet. Anyone dieting conventionally, buying processed foods or eating Free From, read labels and beware!!!!!

– Dr. H. J. Roberts, M.D., F.A.C.P., F.C.C.P., internationally known medical consultant, researcher and world expert on aspartame, has declared aspartame disease to be a world epidemic. Dr. Roberts, who has authored many books on the subject, presented his findings at the First International Conference on Emerging Diseases (held in March l998 in Atlanta, Georgia), which was attended by doctors and scientists from 91 countries of the world.

“I have lectured on the toxic effects of aspartame (marketed in this country as “NutraSweet,” “Equal,” and “Spoonful”) for several years. In 1995, at the World Environmental Conference, I began to address the relationship of aspartame poisoning to individuals who have been misdiagnosed as having multiple sclerosis (MS). I presented case histories of individuals who were diagnosed as having MS though, upon abstaining from aspartame, found that their symptoms disappeared. How is this possible? First, it important to realize that when the temperature of aspartame exceeds 86 degrees F., the wood alcohol in aspartame coverts to formaldehyde and then to formic acid, which in turn causes metabolic acidosis. (Formic acid is the poison found in the sting of fire ants). As methanol toxicity mimics multiple sclerosis, some people have been diagnosed with having multiple sclerosis in error. Though multiple sclerosis is not a death sentence, methanol toxicity is. (This has been found to be especially prevalent among Diet Coke and Diet Pepsi drinkers, especially in those who drink three or more 12 oz. cans per day.)

It has also been found that aspartame can trigger cases of systemic lupus. Just as with misdiagnosed MS, the individual usually does not know that aspartame is the culprit. With continued use of aspartame, the lupus may be aggravated to such a degree that it becomes life threatening. While aspartame-triggered lupus does not reverse, many individuals have found that, upon elimination of aspartame, they become asymptomatic.

Aspartame can destroy the brain, optic nerve and central nervous system, as well as wreak havoc on other organs of the body. At lectures, I often identify some of the 92 documented symptoms from the FDA report on aspartame. As I sometimes say, “If you are using aspartame (NutraSweet, Equal, Spoonful, etc.) and suffer from fibromyalgia symptoms, spasms, shooting pains, numbness in your legs, cramps, vertigo, dizziness, headaches, tinnitus, joint pain, depression, anxiety attacks, slurred speech, blurred vision, or memory loss – you probably have Aspartame Disease!”
In one such lecture, the Ambassador of Uganda was in attendance. He told me that Uganda’s sugar industry is adding aspartame to sugar. He also said that one of the industry leader’s sons could no longer walk – due, in part, to product usage. (Another effect of aspartame poisoning is the hardening of the synovial fluids.) We have a very serious problem.

In l986, the Community Nutrition Institute petitioned the FDA to ban aspartame as a number of aspartame-users were going blind. How? The methanol in the aspartame converts to formaldehyde and then formic acid in the retina of the eye, leading to optic nerve damage and/or destruction. Unfortunately, the FDA ignored this petition. Our group continually receives case histories of individuals who have serious eye problems, retinal detachments and blindness from aspartame. The late Morgan Raiford, M.D., ophthalmologist and specialist in methanol toxicity, reported that if it was still in the “wet stage,” vision could return. Indeed, some have regained their sight upon elimination of aspartame.”

Physician and author, Dr. H.J. Roberts, realized what was happening when aspartame was first marketed as he found that his patients (particularly those with diabetes) increasingly presented with memory loss and confusion. He linked it to the breakdown of aspartame in the body. Dr. Roberts realized that the amino acids in aspartame (aspartic acid and phenylalanine) are neurotoxic as isolates (unaccompanied by other amino acids normally present in our foods) as they penetrate the blood brain barrier, attack and destroy neurons, and produce multifold neuropsychiatric complications, including depression, brain tumors, Alzheimer’s disease, seizures, and a long list of other disabilities. Dr. Russell Blaylock, a neurosurgeon, likewise found that the ingredients of aspartame “stimulate the neurons of the brain to death, causing brain damage of varying degrees.” Dr. Roberts has been investigating this problem for nearly two decades, and has published several books and clinical reports on the subject.

Aspartame Disease is partially the cause of what is behind some of the mystery of the Desert Storm health problems. On the television program “60 Minutes,” it was reported that the military could not understand the “burning tongue” sensation that many service men and women experienced. Because of lack of water, several thousand pallets of sodas (including diet sodas) were shipped to the Desert Storm troops. The diet drinks sat in the 120-degree F. Arabian sun for weeks at a time on pallets. As noted, when aspartame reaches a temperature of above 86 degrees F., it breaks down. The methanol coverts to formaldehyde and formic acid, which feels like a burning sensation on the tongue. The burning tongue sensation is another symptom of aspartame poisoning.

Aspartame has also been linked to birth defects. Dr. Roberts found that consuming aspartame (by either the man or woman) at the time of conception can cause birth defects. Dr. Louis Elsas, Professor of Pediatrics at Emory University, also testified to Congress that aspartame is both a neurotoxin and teratogen (triggers birth defects).

There have been three Congressional Hearings on aspartame. Many individuals have testified of their personal horrors of aspartame poisoning. Physicians, such as Dr. Elsas and others, have testified. The Food and Drug Administration (FDA) has over 10,000 complaints against aspartame, more than against any other food additive. Nothing has been done, however. The drug and chemical lobbies have very deep pockets. There are now over 5,000 products containing this chemical.

There is absolutely no reason to take this product. It is not a diet product. In fact, Australian author, Dr. Sandra Cabot, M.D., wrote that the use of aspartame does not lead to weight loss, but (paradoxically) weight gain, “as it causes unstable blood sugar levels which increase the appetite and cravings for sweets/sugar.” It should be noted that the formaldehyde breakdown of aspartame is often stored in the fat cells, particularly in the hips and thighs.
Stevia, a sweet food, not an additive, which helps in the metabolism of sugar and would be ideal for diabetics, has now been approved as a dietary supplement by the FDA. For years, the FDA has outlawed this sweet food because of their loyalty to Monsanto. Clearly, Monsanto (the company that now owns the NutraSweet Company) is aware of the neurotoxic effects of aspartame and knows how deadly it is. They help to fund several trade organizations such as the American Diabetes Association and the American Dietetic Association. Monsanto also gives funds to the American Medical Association.

If it says “Sugar Free” on the label, don’t even think about it! Senator Howard Hetzenbaum wrote a bill that would have warned of the dangers of aspartame consumption, especially to infants, pregnant mothers and children. The bill would have also instituted independent studies on the problems existing in the population (such as seizures, changes in brain chemistry, changes in neurological and behavioral symptoms). The powerful drug and chemical lobbies killed the bill.-

The simple truth is that chemicals have effects that may not become clear for years. Doesn’t it make sense to just eat real food, buy local, cook fresh, and avoid them?

PrevPreviousThree ways to prioritise your well-being with healthy eating in 2021!
NextFeed your brain with this easy dhal…..Next
Go to Top